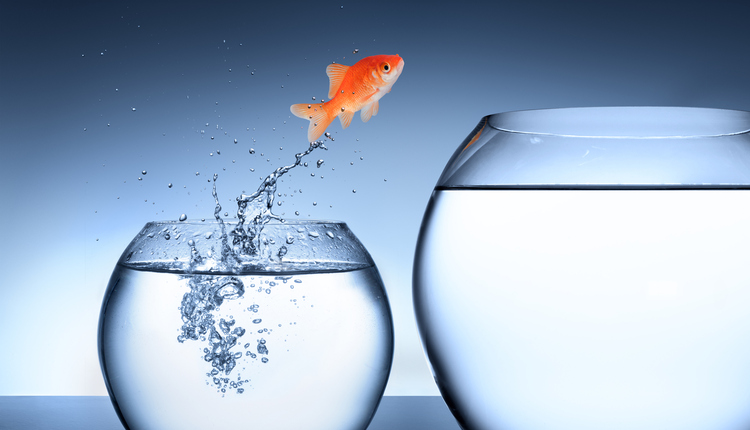 Asia-Pacific has long been a major destination for multi-national businesses as supply chains have globalized and demand from Western countries for Asian exports has increased. As the region shifts from an export-dependent economy to one that is consumer-driven, logistics dynamics have changed. What was once an international supply chain dominated by air and ocean freight providers has evolved into a regional supply chain driven by e-commerce and influenced by domestic express and small parcel providers. Unlike the US, the Asia-Pac market is a fragmented and immature market struggling to keep up with huge demand. As a result, many retailers and e-commerce providers have established their own logistics solutions.

According to market research company, eMarketer, a rising middle class in China, India, and Indonesia combined with a rapid adoption of mobile devices has resulted in a boom in e-commerce spending. Retail e-commerce spend in Asia-Pacific is estimated at $877.6 billion in 2015, up 35.7% from 2014, making the region the largest digital retail market in the world with 52.5% of the total global market.

Despite the rise in online spending, Asia-Pacific’s domestic supply chain is underdeveloped compared to its export supply chain. Some of the challenges being faced are inadequate warehousing, a fragmented delivery market lacking in technology, competition based solely on rates, and poor customer service and service levels. As a result, logistics is viewed as a differentiator for businesses and for many e-retailers such as JD.com, Rakuten, and Flipkart, where logistics practices are kept in-house. E-tailers JD.com and Flipkart have created such successful logistics subsidiaries that they are now providing delivery and warehousing services to other businesses.

Meanwhile, the largest e-commerce provider, Alibaba, has opted to establish a subsidiary in which logistics providers such as SF Express and YTO Express are considered partners and therefore operate as separate entities. The subsidiary, Cainiao, is approximately 40% owned by Alibaba and includes a very robust technology network. Consumers are able to track parcels as well as pick and rate delivery partners. The ability to access key data, analyze it, and implement service enhancements based on such analysis rivals Amazon’s own web services here in the US.

Even though Amazon has been remarkably successful in the United States and Europe, its presence in Asia-Pacific is muted in comparison. Amazon has less than five percent market share in China’s market, where Alibaba dominates with 80% market share. Amazon is investing heavily in India. India’s domestic parcel market is crowded as government eases regulatory requirements for foreign entrants. DHL, Gati, DTDC along with Flipkart, Snapdeal, and more are all vying for a piece of the India small parcel market by building out networks and warehouses.

Asia-Pac is also an appealing market for FedEx and UPS. Despite obtaining licenses to operate in defined local Chinese markets as well as in other Asian domestic markets, FedEx and UPS have placed more emphasis in serving their multi-national customers. With acquisitions of cross-border specialty businesses by both companies, additional opportunities in Asia-Pacific’s domestic small parcel market exist for FedEx and UPS.

Expanding cross-border solutions is high on many providers’ strategic priorities. For example, Alibaba acquired a 14.5% stake in Singapore Post, an innovative postal operator that has reinvented itself by focusing on e-commerce small parcel solutions in Southeast Asia. It is also establishing a partnership with struggling Australia Post to link Chinese consumers and businesses to those of Australia. Another example is Japan Post, which is expanding its cross-border reach by partnering with retailers such as FamilyMart and online auction provider, eBay. In addition, the Japanese government issued an IPO for Japan Post last fall and in early 2015, the post office acquired Australian 3PL, Toll Holdings. The IPO and acquisition of a major global 3PL could see Japan Post expanding its global reach further.

Asia’s logistics market is ripe with opportunities but is also one in which domestic providers dominate in a heavily fragmented market. Often described as the “wild west,” Asia-Pacific is undergoing domestic infrastructure improvements to benefit the growing needs of consumers. While many businesses opt to keep logistics in-house, multi-national retailers wishing to expand into the region are partnering with e-commerce providers Alibaba, JD.com, Rakuten, or postal provider Singapore Post to sell their goods to the Asian consumer.

Is Your Supply Chain E-Commerce Ready?

Protect Your Shipments During the Holidays
More From John Haber
Articles

Beyond the Traditional Hub and Spoke Last-Mile Strategy
Articles