As expected, UPS has announced their 2022 general rate increase (GRI) of 5.9% effective December 26, 2021, matching FedEx’s announcement from September 20th. The 5.9% increase represents a 1% higher increase than typical for both carriers but, as usual, very few shippers will actually realize an increase equivalent to the announcement. It’s important for shippers to examine the details and attempt to understand how they are applicable to their company’s shipping profile and spend.

To assist with that analysis, we have compiled some key takeaways from the announcement to highlight some of the major changes.

1.UPS continues to punish large package shippers. They have taken this stance for a couple of years now, but the message is clear: if you want to ship large packages with UPS, you will pay a premium to do so. The large package surcharge will increase within a range of 8%-16.7% and the additional handling charge for weight and dimensions will increase from 5.2%-13.9% depending on zone. The full breakdown of surcharge increases can be found below and the majority are increasing by more than the announced 5.9%. 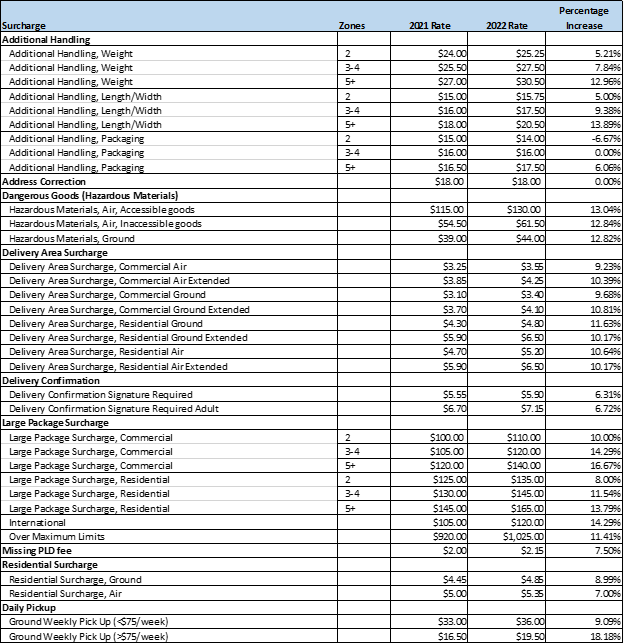 2. UPS also continues to penalize lightweight shippers. The minimum charge for ground will increase from $8.76 to $9.36 (6.9%). Additionally, the rate for 1-5lb ground packages will increase by almost 8%. Following is a breakdown of the increases by zone. Most of the largest percentage change is in the lower weights and is fairly consistent across zones.

3.Three Day is taking a massive increase. While many shippers focus their shipping on ground, overnight and two-day services, there are still shippers that benefit from a 3-day guaranteed service. Unfortunately for this somewhat niche group, they’ll be subject to massive increases of as much at 20.7% for low weights.

4. UPS has added a new for 2022 Delivery Area Surcharge (DAS) called US48 Remote Area Surcharge (RAS) and has restructured DAS and EDAS (extended DAS). Looking solely at the number of ZIP codes moving between DAS and EDAS, or into and out of DAS, the numbers appear roughly similar – “157 ZIPS added to DAS, 211 ZIPs removed from DAS” sounds fair. But considering the population density of those zips (and the new US 48 Remote Area Surcharge), the story becomes very different. While we only analyzed US Census data available from 2010, the changes are dramatic:

As you can see from these tables, despite the number of zips remaining relatively static, roughly 4.7MM addresses will now be more expensive to deliver than they were in 2021.

Also keep in mind that the RAS surcharge is new, so there isn’t a single UPS customer that would have the benefit of discounting in their current agreement. Even the largest UPS shippers will pay the full list rate for this new chargeunless they proactively negotiate. (It’s possible that UPS could decide to apply existing DAS discounts to RAS but, in our opinion, this is unlikely.)

5. UPS is increasing the Fuel Surcharge for all domestic services by 1% on November 15, 2021. UPS has increased its fuel surcharge twice in the last three months: first a .75% increase on August 16th, then an additional 1% increase effective on November 15th. No matter how UPS tries to justify this, shippers have taken a 1.75% mid-year rate increase.

These fuel increases are separate from GRI increases and can (and do) happen throughout the year. Furthermore, UPS buries these announcements on their website so many shippers will receive an unpleasant surprise upon reviewing their invoices post-November 15th.

As a reminder, Fuel Surcharges apply not only to the base charges, but also the following surcharges:

6. UPS is rebranding “Peak Surcharges” as “Peak/Demand Surcharges”. While there is technically nothing incredibly noteworthy here, this change does foreshadow that “Peak” is here to stay. There is precedent for temporary charges becoming permanent with both carriers. Remember that the fuel surcharge was considered temporary at one point. Also consider that FedEx announced a “delivery” surcharge for their Economy service. Isn’t the primary function of both carriers to “deliver” a package? At what point will UPS consider “Peak” to be over? Based on their remarks on this week’s earnings call, probably not anytime soon. UPS announced they received $550M in peak season surcharge revenue over the past 12 months. That’s hard to walk away from.

UPS seems laser focused on profits while neglecting client relationships, even remarking on the latest earnings call that they have successfully taken rate increases on over 50% of their largest customers. According to them, “those contract renegotiations have gone very favorably.” From the earnings call, a little over half of the realized 12% increase in revenue per piece was due to these forced increases. UPS is also more often requiring shippers to sign agreements with longer term lengths which include penalties for renegotiation. Meaning that UPS can raise rates as they please with shippers unable to negotiate any mitigation. Note that negotiating new surcharges like the RAS mentioned above often puts shippers in violation of this clause.

In summary, UPS’s GRI announcement and statements from their latest earnings call have verified what most of the marketplace has already concluded: UPS is focused on driving profits first and is less concerned with building and maintaining client relationships. Rate increases for 2022 will be larger than those in the past and “Peak”, as UPS sees it, is highly unlikely to end anytime soon. Shippers should do what they can to determine how the announced increases will affect their shipping costs and look to negotiate if the increases are deemed too detrimental to their bottom line. There is a silver lining in the shipping marketplace, however, which is the likely entry of Lasership/OnTrac and Amazon into the national carrier space. (Note that this is speculation on our part but seems likely.) If these new entrants are able to disrupt the longstanding duopoly, perhaps the incumbents will return to their focus on relationships and less on the current quarters’ profit margin.

Matt Bohn is Senior Consultant, Professional Services for Shipware, LLC, a San Diego based parcel consulting firm that specializes in cost reduction and recovery services. Prior to his work at Shipware, Matt spent nine years as a Senior Pricing Advisor at FedEx, where he analyzed pricing programs and wrote pricing contracts for some of FedEx’s largest e-commerce and retail shippers. He also managed projects for the FedEx pricing Global Pricing Approval Systems and the Strategic Account Executive Inputs.Matt earned an MBA in Finance from the University of Pittsburgh’s Joseph M. Katz School of Business and a BS in Computer Engineering from the University of Pittsburgh.

What to Do When the Future Is Less Like It Used to Be: Supply Chain Predictions and Strategies for 2022Next Environmental Sustainability in the Supply Chain: The Future Has Arrived
More From Matt Bohn
Articles 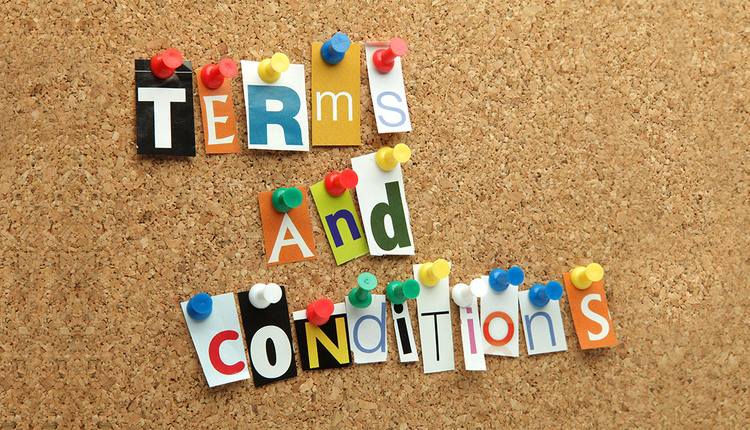 Demystify the Small Print in Your Carrier Contract
Articles 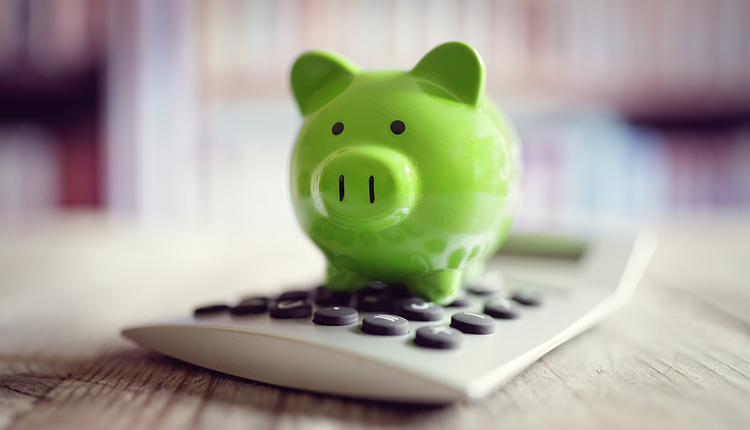 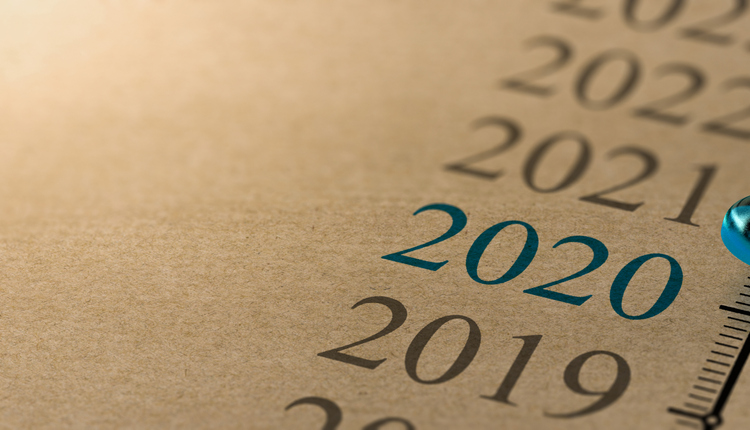