Are You Dense? Dimensional Rating, Parcel’s Past and LTL’s Future

The concept of employing dimensional weight was originally conceived by the parcel industry to effectively price the cargo space on planes for air services. In 2007, the major parcel carriers expanded this pricing method to the ground service offering. Shippers began to steer their packaging decisions towards reducing their dimensional weight as well as actual weight; carriers added the ability to negotiate a dimensional weight factor to further dial in costs. Then the carriers tightened the standard dimensional factor in 2013 and removed the previously held minimum three cubic feet threshold for ground in 2015. As these events pass, shippers pay even more attention to dimensional weight and its effects on total landed cost to the customer. The parcel industry's move from a strictly weight-based pricing model to one heavily dependent on cube is well documented. However, the increased frequency of major dimensional rule changes in the Parcel Industry is something the LTL Industry should be taking into consideration.

Every couple of years there is a new outspoken proponent of density-based rating from the LTL carrier collective reviewing its benefits to the both carriers and shippers alike. Joe Bartone, President of Shift Freight, praised the "100% transparency in pricing" as the driving force of the model. A model with this amount of transparency would allow carriers to price attractive freight more aggressively without fear of poorly stacked pallets or unreasonable amounts of padding material. These headlines have done little to move the needle, however, in terms of moving customers from a class-based rating system to a density-based standard. It is easier for a small group of large carriers (UPS and FedEx) to implement a new pricing standard than it would be for an LTL industry with a large number of both national and regional carriers in the mix. It is also worth noting that two of the earliest adopters of a density-based rating platform in LTL have been UPS Freight and FedEx Freight. However, there are several other factors at the root of delay.

The parcel industry's unique package handling requirements have made technology critical to growth and a driving force for the rapid evolution of the dimensional weight standard. Unfortunately, in the LTL world, even those embracing the density-based rating model have not fully implemented the required equipment to do so. In 2014 Saia Freight praised density-based rating and technology as a driver for increased profits. Saia even increased their dimensional scanners from 27 to 30 in 2015. Still after seeing these positive effects, only 30% of all Saia shipments pass through a scanner. Investment in dimensional scanners is still too low to effectively transition the amount of tonnage moving through the LTL system to a density-based rating system. The capture of pallet level dimensional data is mission critical in implementation and without more dimensional scanners at LTL terminals the industry will be handcuffed to the class-based system established in the 1930s.

One of the side effects of the current class-based LTL pricing model has been increasingly high discount levels negotiated on rate bases that are numerous and expensive to maintain. Even small shippers are able to negotiate 70-80% discounts if they are on the latest carrier tariff. This combined with the LTL industry's notoriously low margins have given significant negotiating power to the shipper. Recent events have shifted more power to carriers, however, with a driver shortage and reduced capacity, driving rates as much as four percent higher over the last year. James Welch, CEO of YRC Worldwide and outspoken supporter of density based rating, referred to the class based system as "antiquated" at the 2014 SMC3 conference3. Welch reemphasized that "the dynamics of the supply chain have changed." Given the accelerated pace at which dimensional considerations have attracted the attention of the parcel industry, I would submit that Welch is right and that change will be swift when both technology and market conditions align in the LTL Industry. But what can be done now, as a shipper, to prepare given what the parcel industry has taught us since 2007?

To answer this question, shippers need to re-evaluate their LTL shipment characteristics in terms of the model the parcel industry has moved towards. If you are looking out at your dock at perfectly palletized, class 50 freight then you might be feeling a little nervous about a shift in the way your freight is priced. However, if you are properly equipped with accurate data and have access to the technology required to consider a density-based pricing model, you would find yourself in an enviable negotiation position. With all the similarities between the parcel ground service model and the LTL model, there is one core difference that stands out. LTL shippers enjoy a much broader carrier offering than parcel shippers, making attractive freight much easier to leverage.

Of course, most of us live in a world where our freight characteristics are an ever-changing and challenging burden. While our freight may not be as attractive to carriers, it is still an important cost consideration to our customers. Therefore, it is critical that we are sourcing transportation at or below the market. The parcel industry has shown us that once technology and market conditions align, the carriers will change density-based rating from an option to a requirement. Preparation, in the form of accurate data collection and strategic negotiation techniques, will allow your company to engage with carriers in a way that will enable them to price your freight as aggressively as possible.

Jesse Gates, Analyst, Transportation Consulting, enVista, has over 6 years of experience in transportation, most of which has been in the freight industry. Jesse interacts with client data to support strategic negotiation techniques that drive savings. His experience in freight brokerage, manufacturing, and wholesale distribution throughout his career provide a unique perspective to freight negotiation projects. Some of the customers he has worked with include Western Power Sports, 1-800-Flowers, and many others. Prior to joining enVista, Jesse was a product and transportation sourcing manager at a large food wholesaler in the Mid-Atlantic. He was also at CH Robinson for several years in a truckload brokerage and operations capacity. Jesse also has a bachelor's degree in Agricultural Economics and a master's degree in Software Engineering from the University of Maryland.

How International Shipping Automation Can Boost Your Business Previous
Related 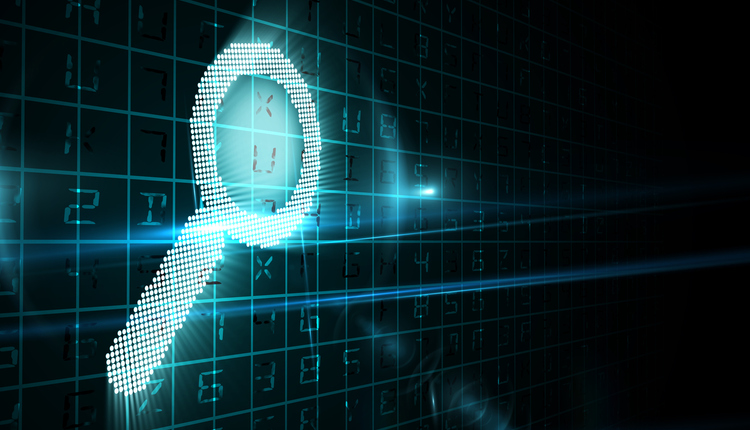