Editor's Note: This originally appeared in our sister publication, Mailing Systems Technology. But with the rise in packages being delivered by the USPS, we thought it was fitting for our PARCEL readers, as well.

I recently had the interesting experience of helping to organize a one-day event sponsored by PostalVision 2020, which brought together members of our postal ecosystem to talk about the USPS’ mailbox monopoly. The event was a parallel effort to an ongoing study by the Government Accountability Office (GAO) requested by Congress to look at the USPS’ monopolies in today’s competitive marketplace.

For those who don’t know the history — and this is an extremely abbreviated version of what many have written entire books about — the USPS mailbox monopoly law was passed in 1934 after years of tumultuous US history and the growing use of private messengers/carriers delivering statements, circulars, bills, and other pieces into the mailbox. In passing the law, Congress noted that these behaviors were depriving the then-named Post Office Department of needed revenue and also resulting in the “stuffing of letter boxes with extraneous matter.” The US Supreme Court upheld the constitutionality of the mailbox restriction in 1981.

There is much confusion about the USPS’ monopolies — that’s right, there are two separate USPS monopolies. The mailbox monopoly, mentioned above, means that only the USPS can deposit anything in the “US mail” box. The other monopoly, often called the “letter mail monopoly,” or the Private Express Statutes, was first enacted in its earliest form in 1792 and restricts private delivery services of certain matter (see https://about.usps.com/publications/pub542/welcome.htm).

Although there are two separate monopolies, it is often hard to discuss them separately because they both were enacted to support the key goals of providing the USPS with a revenue stream to support the cost of universal service. If only the USPS can deliver letters but the mailbox monopoly were eliminated, only items not subject to the letter mail monopoly (like parcels and some other pieces) could be put in the mailbox. And if anyone could deliver all mail but only the USPS could deliver into the mailbox, where would the others deliver mail? Plus it is hard to separate the revenue associated purely with the mailbox monopoly from that associated purely with the letter mail monopoly.

Unique to the United States

The mailbox monopoly in the US is a somewhat unique animal. Few, if any, foreign posts ever had a monopoly over the mailbox, and most posts over the past decade have been moving to new liberalization or privatization models. The EU, for example, began a transformation of its member country posts in the late 1990s, with most monopolies around carriage of mail ended by 2010.

Although never an apples-to-apples comparison with the mail delivery environment in the US — which is the world’s largest post in terms of volume and delivery territory — it is an interesting study to look at how foreign posts have transitioned out of their monopolies. One panelist at the PostalVision mailbox monopoly event noted that many of the “fears” people had about opening the postal monopoly (which are similar to concerns expressed in the US) never came to fruition. Of course, there are some significant differences between the delivery environment in the US compared to other countries. For instance, some countries largely have mail slots in residence doors that prevent mail theft issues and make it easy for multiple carriers to deliver to the same address without some type of “smart” mail receptacle.

If the Monopoly Fell in a Parcel Forest…Would Anyone Hear it?

When looking at the mailbox monopoly, there are different issues for mail vs. parcels. After all, how much USPS parcel volume today is delivered into the mailbox? And parcels are, for the most part, not subject to the USPS’ other monopoly, meaning it is a competitive marketplace with many carriers. For our house, nearly all parcels are left on our front porch, like at many other residences. Except for delivery addresses where parcels go into some kind of USPS box (e.g., cluster delivery to parcel lockers, etc.) the mailbox monopoly may be a largely moot discussion when it comes to parcels.

There is no law today preventing deployment of receptacles for parcels from multiple carriers as a way to combat security/theft issues. Several countries already have “smart” carrier-agnostic parcel receptacles for residences, and there is no law against it being done in the US. Of course, the USPS would not deliver its parcels into such receptacles, but all other carriers delivering parcels could use the parcel receptacle with codes to provide access, ensure security, and track who is accessing the box when. Most carriers seem to be pursuing a more economical and centralized approach, however, such as banks of Amazon, UPS, FedEx, or other parcel lockers (and even the USPS is testing this concept). And the challenges to delivering parcels are only going to continue as the volume grows.

The USPS reported that the volume of packages delivered to households has grown 91% since 2012, but according to statistics reported by eMarketer, e-commerce in 2016 was still only eight percent of all retail sales. Can you imagine the parcel volume when the US e-commerce reaches even just 13% (which eMarketer projects by 2020)? The challenges being seen today with parcel delivery and receipt may just be the tip of the iceberg if e-commerce trends continue in a positive direction.

One thing is for sure; when you put together a room full of people and ask them about the USPS’ mailbox monopoly, you get a diverse set of opinions! Some passionately argue for eliminating the monopoly, while others are adamantly opposed to any change. But many others weigh in on the side of modifying the monopoly in some way. And there seems to be no shortage of ideas on that front!

Arguments for retaining the monopoly include privacy and security of delivery (USPS trusted brand, federal law enforcement, etc.), simplicity in the USPS being the sole carrier with access to the mailbox, economies of scale and greater efficiency, preventing “cream-skimming” of high-density delivery areas by USPS competitors — leaving the USPS with the more costly rural delivery addresses, preventing excessive “clutter” in mailboxes from outside the USPS, ensuring universal service is provided, and more.

On the side of eliminating the monopoly and opening access up to others, proponents argue that doing so could promote efficiency through competition, avoid the current waste and environmental impacts of multiple parcel delivery companies sending separate trucks and personnel to deliver packages on the same route in a given day, ensure fairness in government and respect the rights of households to choose who has access to their mailbox, facilitate modernization of the USPS and avoid worse problems in the future as package volumes increase. Many argue that the USPS’ mailbox monopoly is not necessary to support universal service, protect mail security, allow use of the mailbox for outbound mail, or any of the other popular arguments for retaining the monopoly.

The most interesting discussions take place on the side of modifying the monopoly, partly because there are seemingly endless ways it could be modified. For example, the mailbox could be open to competitors for parcels only and not mail, or it could be opened only to businesses licensed/approved/certified in some way with licensees perhaps paying a fee to support universal service to other areas where they may not want to deliver. Or the monopoly could be modified in the opposite direction, such as restricting last mile delivery to only the USPS, with the USPS perhaps having to give up its parcel business to avoid conflicts of interest in that model. Or a “neighborhood logistics manager” model could be created with one last mile carrier for all things being delivered to the same neighborhood (dry cleaning, pizza, groceries, etc.). This event showed me that the more people you put in a room, the more ideas the group can come up with around ways the mailbox monopoly could be modified!

The Conversation Will Continue…

Obviously, a topic as complex and with as potentially far-reaching consequences as this one deserves serious consideration. No one is looking to make any sudden moves to change the laws governing the USPS’ monopoly over the mailbox (or its letter mail monopoly). But conversations and study are underfoot, with more to come. The GAO likely will issue a report to Congress around the USPS’ monopolies later this year, and it remains to be seen what next steps on The Hill may occur.

Kathleen J. Siviter is president of Postal Consulting Services Inc. (PCSi) and has over 30 years of experience in the postal industry, having worked for the US Postal Service, Association for Postal Commerce (PostCom), and a diverse set of clients with interest in the postal industry. She also serves as the Director, Community & Brand Development, for PostalVision 2020 (www.postalvision2020.com), an initiative designed to engage stakeholders in discussions about the future of the American postal system.

Protect Your Shipments During the Holidays
More From Kathleen J. Siviter
Articles

When Worlds Collide: What Shippers Need to Understand about Returns
Featured Articles 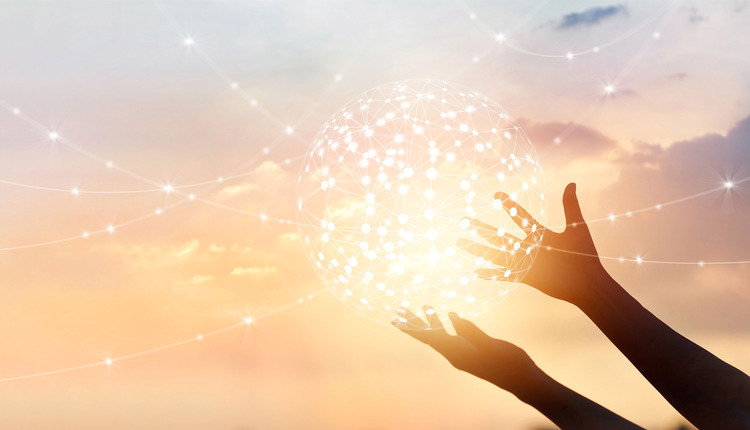 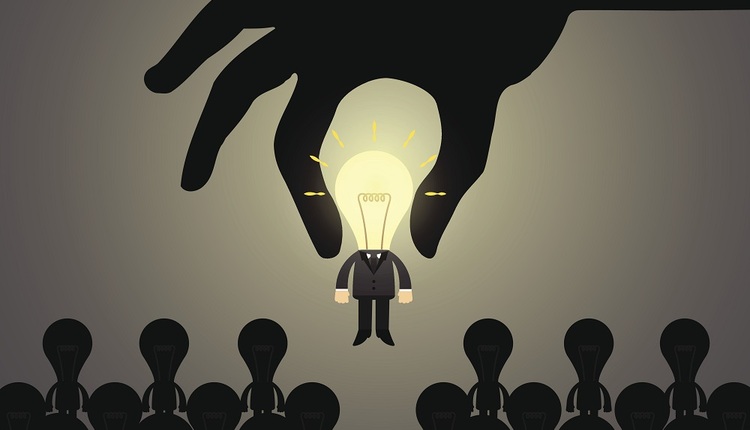 Delivery of the Future? My Way!
Featured Articles 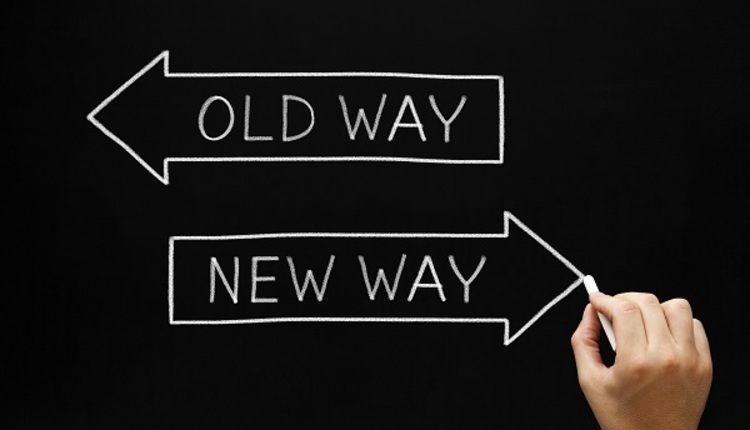