And the Winner Is... When It Comes to Your Carrier Contract Negotiation, Here's How You Both Can Come Out Ahead

Think about your last negotiation. No, I’m not talking about the later curfew your teenager tried to negotiate with you this past weekend. Those negotiations usually involve someone (let’s call them the parent) exerting — with good reason — absolute authority. And, let’s be honest, you most likely ended up conceding on that extra half hour that was asked for anyway.

I’m also not talking about your most recent car purchase where it ended with one of the parties — and probably not you — feeling like the winner in what’s usually a “win-lose” or competitive negotiation. These types of negotiations generally involve two parties who don’t really know each other and don’t expect to have an ongoing or long-term relationship after the negotiation. These competitive negotiations typically include one party making somewhat unreasonable demands or threats (such as leaving the negotiating table) to get what they consider the best deal possible and, at some point, feel like they’ve won. In reality, there’s never a real winner when those tactics are used.

In today’s world of building stronger relationships, I’m confident everyone agrees that competitive negotiations don’t make for trusting or long-lasting relationships, especially in business. But why, then, are tactics like that still being used? It goes back to that relationship or, in this case, the lack thereof. When negotiating a car, for example, the buyer isn’t really expecting to enter a long-term relationship with the salesperson. In these negotiations, the buyer is willing to take advantage of the salesperson since that relationship hasn’t yet been established and there’s no fear or concern about a breakdown. Before they’ve even stepped foot on the dealer showroom, most buyers go into a car negotiation mistrusting the salesperson and ready themselves for the proverbial battle. Is that truly the best negotiating approach? For cars, perhaps. For business, not so much.

I think we can all agree that in most business negotiations, the interactions tend to be more “win-win” or collaborative where, to an extent, both parties have a vested interest in the other’s needs. Both parties are open about what they need and try to sustain a relationship while getting the best perceived value in return. These negotiations include two important parts — the analytical and emotional. The analytical includes the tangible information (the things you can usually measure and analyze). The emotional includes the more intangible areas (the things that make you feel or respond a certain way). Understanding both is extremely important during a negotiation, which is why the two big carriers, UPS and FedEx, continue to spend millions of dollars each year to train their salespeople in a multitude of advanced sales and negotiation techniques.

If you’ve been in the industry for at least 15 years, you’ll remember when small parcel account managers were just that: account managers. They managed things like your pick-ups, your claims, your account number adds/deletes, billing issues, and other general areas of your account. These account managers scheduled their days and meetings around the messages that came in from the phone centers. They were reactive and didn’t really need to negotiate pricing. As a matter-of-fact, UPS didn’t start offering discounts until a few years after FedEx purchased Roadway Package System (RPS). In order to compete with FedEx’s discounting strategies to capture volume, UPS started offering price breaks to larger volume customers. It was a flat discounting structure where you were either had discounts or you didn’t. There wasn’t really any type of negotiation taking place. But that was then.

Now, most of the small parcel account managers, or at least those that are most successful, consider every interaction as slice of a larger and continual negotiation. They’re trained to master skills like SPIN, SSN, Challenger, ROPE, ASMS, FOCUS, and several others. With these, account managers learn to gather as much information as needed (analytical) in order to gain key bits of information to help influence (emotional) your decision. However, these techniques aren’t taught so the account managers can take advantage of you during a negotiation. They’re designed to help the account managers sell with a more consultative approach. As an example, with SPIN, an account manager learns advanced questioning techniques to lead conversations so customers recognize there’s a pain point that the account manager can help alleviate. Everyone knows that a good salesperson lets their customers do 80% of the talking, but how are account managers supposed to talk less when they have all those great solutions to talk about? Again, it’s through questioning. Using open-ended SPIN (Situation, Problem, Implication, and Need-Payoff) questions, the customer will ultimately do the majority of the talking. In case you’re wondering, open-ended questions are those that can’t be answered with a simple yes or no response. They’re intended to make the responder talk more. Rather than asking something like, “Wouldn’t that be a great fit in your operation?” they instead would ask, “How would that fit into your operation?” The change in wording is subtle but plays a huge role in the way a customer responds. A question as simple as, “Wouldn’t a later pick-up time help?” has much more impact when asked as, “How would a later pick-up time help?” The quote, “People will tolerate your conclusions but act on their own” is a perfect example of why strong questioning skills are so important in a negotiation. When asked strategically, SPIN questions can get customers to sell themselves on a solution. They help customers understand the difference between a need and a want, which is extremely important. While there’s no doubt that strategic questioning is a vital part of an account manager’s tool kit, it’s only a small portion of what your account managers are trained on.

Other techniques like ASMS, SSN, Challenger, and FOCUS put an emphasis on the buying cycle and financial impacts of the different solutions offered by the carriers. These techniques give account managers the skills to understand where a customer is in the buying cycle and the tools to help move a sale from pending to closed. A good example is how they’re trained to prepare for sales calls. Most account managers complete very detailed call plans that include tactics to support their overall strategy to either win, keep, or gain additional business. In addition to background information on their respective customers and contacts, these call plans include long-term and short-term goals, concession plans, and elegant and alternate negotiable trades (such as a later pick-up time for a certain amount of additional volume) that the carrier is willing to make. Depending on the account, the account manager will sometimes internally role play different scenarios to ensure they’re ready and comfortable to meet with the customer at any given time. As with anything, the more the account managers practice these techniques, the more they become a natural part of their personality, which in turn makes them extremely skilled negotiators.

Now, ask yourself, “Am I as prepared as my account manager?”

Bryan Van Suchtelen is Corporate Director, Parcel Rate Services, Lojistic. Prior to joining Lojistic, Bryan was with UPS for over 26 years. With his varied roles at UPS – which included pricing, sales, and Director level sales management – Bryan is equipped with a host of experience and pricing expertise that help drive value for parcel shippers nationwide.

Global Consumers Want Your Product Next

What Your World Needs Now Is MORE!
More From Bryan Van Suchtelen
Articles 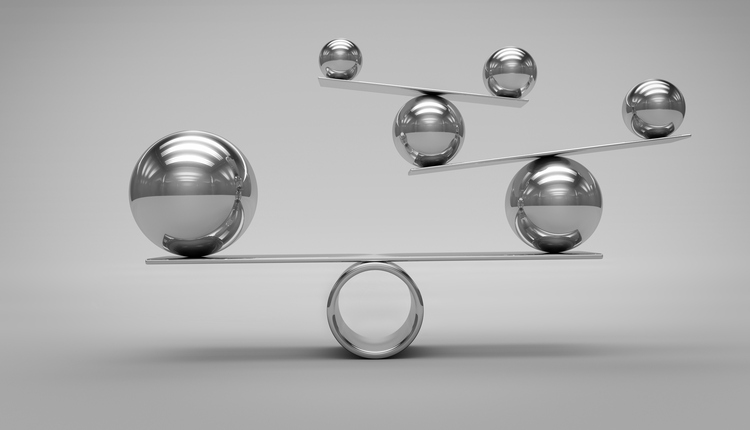