Consumers were projected to spend upwards of $682 billion during the 2017 holiday season, with 51% shopping online, according to the National Retail Federation. Thanks to e-commerce giant Amazon, consumers also expected their packages to arrive within one to two days, regardless of the retailer or parcel carrier. To keep up with this demand (which can be substantial all year long, not just during the holiday season!) and get packages out the door faster, warehouses and distribution centers across the country are implementing dimensioning technology to gain efficiencies.

Major shipping carriers like FedEx, UPS, and USPS have adjusted their policies regarding charging based on parcel dimensions vs. weight, setting the industry standard. Cubing or dimensioning solutions allow the warehousing industry to capture data and proportions of products so shipping costs can be predicted with much greater accuracy.

Here are three ways dimensioning technology can increase efficiency for your operation:

Above all else, accuracy is key to the survival of any DC. Customer demand and competition has forced warehouses to be nearly perfect. With dimensioning, inbound freight coming off every truck is accurately measured and stored. E-commerce has also made every item shippable, nothing is too small or commonplace, and dimensioning can accommodate all sizes and shapes. This is crucial and sets DCs up for future success when their outbound trucks arrive. With the right software, dimensions are accurate within .25 inches. Without accurate dimensioning, there is no way to accurately predict shipping costs or fit everything in the truck.

In the age of e-commerce, space optimization is essential, and DCs need to be dimensioning to optimize the warehouse footprint and maximize truck/trailer loads. With inbound freight unloaded and slotted quickly and accurately, outbound packages will in turn get out the door quicker, resulting in happy customers. A proper dimensioning system will scan a parcel in under a second, identify best packaging solutions, and enable direct-to-box picking, which reduces pick times by 10%. For a company that ships 100 packages a day with an average cost of goods sold (COGS) of $15/parcel, that would increase revenues by $150 a day, or roughly $37,500 a year, according to data by QubeVu. With a system that records a photo of each scanned item, your pick lists can include imagery, so your pickers can verify their selections. Warehouses using images on pick lists reported an error reduction from four percent to less than one percent. This is key to moving the supply chain forward and handling extreme volume, particularly during seasonal peaks.

When affixed to a mobile workstation, dimensioning technology can greatly reduce motion by warehouse associates as they’re no longer walking to a static location. Staff can dimension directly at the product location, which increases productivity by up to 50% because costly steps and motion have been eliminated. It also reduces operator fatigue and potential injury as staff members are no longer carrying or mov­ing parcels to a fixed station where dimensioning technology is located.

Manual measurements just don’t hold up during busy times and seasonal peaks. Dimensioning takes the guess work out of shipping estimates. There is little to no opportunity for wrong estimates. And DCs can’t afford to eat the difference. Especially when shipping carriers charge fees when inaccurate package dimensions are provided. Dimensioning also greatly reduces costly returns as far fewer pick errors occur. A company that sells $500,000 in product has an annual cost of returns estimated to be about $40,000, as estimated by QubeVu. This includes lost labor costs: opening packages, restocking, completing administrative paperwork, and following up with customers. The cost to implement dimensioning technology will pay for itself in weeks with the reduction in returned parcels.

Seasonal peaks pop up, and every DC goes through a busy time during the holidays. When this happens, dimensioning practices need to be in place so efficiency is maintained and money is not lost. The right combination of dimensioning hardware and software provides immense benefits to DCs. As e-commerce expands and customer demands become more rigorous, DCs not dimensioning will be left behind. It’s a vital step to take for accuracy, speed, cost savings, and survival in the age of e-commerce.

John O’Kelly is the founder and CEO for Newcastle Systems, an innovator of workplace mobility solutions partnering with many of the world’s leading companies to enhance worker productivity, operational efficiency and organizational profitability. Newcastle’s latest innovation is the Atlas Series Mobile Dimensioning Stations. For more information visit http://www.newcastlesys.com/our-systems/atlas-series

Could Logistics Operations Benefit from Enterprise Content Management? Next

FedEx 2018 GRI and the Changes to Come Previous
Related

Parcel Systems – Manual? Automated? Fixed? Flexible? Or All the Above?

Optimizing Your Warehouse for E-Commerce Success: Best Practices for Logistics Veterans and Newcomers
More from Articles 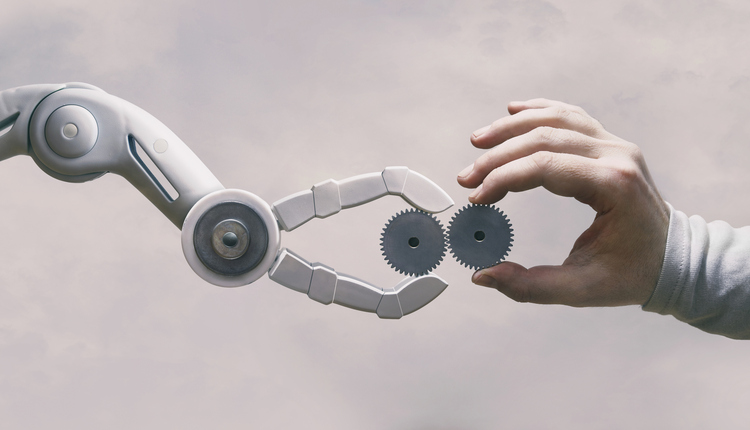 Not Ready for Robots? Accessible Technologies to Bridge the Gap
Featured Articles