The two major parcel carriers, FedEx and UPS, use several different types of discounts when working with shippers. A typical carrier agreement will have multiple types of discounts, or discount structures, in the agreement. The type of discount offered might differ depending on the service for which a discount is offered. In many cases, however, multiple types of discounts will be offered, and apply cumulatively, for a single service. In most agreements with shippers, the carriers will tie at least a portion of the discounts offered to the amount of revenue the carrier receives from the shipper. This is the discount, or portion of a discount, that is affected by the rolling average.

Where Do I Find Discounts Affected by The Rolling Average in My Agreement?

When FedEx includes this type of discount for all (or a portion0 of the discounts in an agreement, it will be listed in a section with the heading “Earned Discounts” for the applicable service. There are three main areas in a FedEx agreement that usually include Earned Discount sections.

And two other areas that occasionally will include Earned Discount sections:

What Does the Rolling Average Determine?

The rolling average is used by the carriers to determine which discount percentage from the agreement to use. The determination is done each week.

How Is the Rolling Average Determined?

The average is calculated starting with the commencement of a new agreement, or after applicable “Grace” or “Ramp Up” period expires. The total amount of transportation charges for each week are totaled together and divided by the number of weeks to determine an “average”. The average is then used to determine the appropriate level. It is important to note that the charges from the current invoice are not part of the calculation. For example, if a shipper just received the invoice for shipments during week 5 of a new agreement, the average would be calculated by totaling the transportation charges for weeks 1, 2, 3 and 4 then dividing by 4. Week 6 would use weeks 1-5 divided by 5. This continues until the number of weeks listed in the agreement is reached. FedEx lists under the heading “Frequency” and UPS states “based on a __ week rolling average.” With very few exceptions, both carriers use 52 weeks.

The average is called a rolling average because after the shipper reaches the specified period, i.e. 52 weeks, the charges from the oldest week drop off and the charges from the newest week are added. As an example, the invoice received on the 53rd week of an agreement would use the totals of weeks 1-52 divided by 52. The following week (week 54) would be calculated using totals from weeks 2-53 divided by 52. Each new week only the most recent 52 weeks would be used in the calculation.

How Can I Know What the Carrier Has Calculated My Rolling Average to Be?

The rolling average used by the carrier can be found on a shipper’s invoice, either on a paper copy or on a PDF version if invoiced electronically.

On a FedEx invoice, the number can be found in the detail section of an invoice for a service for which an Earned Discount applies. For example, if an Earned Discount applies to FedEx Ground packages, the shipper should find the section with details on ground shipments. In the small print above the detail for each package, there will be a sentence that reads “The Earned Discount for this ship date has been calculated based on a revenue threshold of USD $XX,XXX.” The dollar amount listed will be a weekly number so the shipper would then multiply by 52 to find the “annualized” amount that can then be compared to the Earned Discount portion of the agreement.

On a UPS invoice there will be a section titled “Incentives” in the first few pages of the invoice. This section will list totals with published charges and incentive credit for each service level. For services where a tier incentive applies there will be a sentence stating “Tier incentive based on an average weekly revenue of $XX,XXX for W/E: mm/dd/yyyy - W/E: mm/dd/yyyy.” The dollar amount listed will be the weekly average which can be compared to the tier portion of the agreement. Note that UPS lists the date range used to calculate the average so a shipper can see whether or not they have reached the full 52 weeks.

What Is the Impact of the Rolling Average?

It is important for a shipper to know, and monitor, their rolling average because changes can impact the discounts they receive. If the average goes down, a shipper may not be receiving the level of discount that they believe they are. Fifty-two week averages can help shippers by maintaining a more consistent level of discount despite minor ups and downs in their shipping patterns. Once 52 weeks is established, spikes up or down will typically not move a shipper from one level to another.

Constant awareness is important as a gradual decline over time may have a negative effect. Many shippers in the recent economy have gradually declined in volume shipped and may have fallen to a lower discount level without realizing that has occurred. If consistently monitored, shippers can spot potential issues and work with their carriers to find a solution beneficial to both parties. Because the carriers are worried about a shipper diverting volume to a competitor, the drop in discounts moving downward can be significant. If the carrier understands it is not due to diversion they are typically open to finding a positive solution.

Shippers must also be aware of the impact if a new agreement is set based on averages when the shipper is “seasonal” in nature. If the new agreement were to start shortly after the heavy shipping season, the shipper may not qualify for the intended discounts for quite some time. There are things the carrier can do for the shipper in this case but only if the shipper is aware and communicates with the carrier representative during the establishment of the agreement.

With very few exceptions, carrier agreements today will have at least some portion of discounts tied to charges paid to the carrier by the shipper. When this occurs, discount determination will be based on a rolling average of charges. It is vital for shippers to understand how the rolling average is calculated, what their rolling average is and how it affects the rates they pay. By staying informed, the shipper will be better prepared to communicate with their carrier representative and build an agreement beneficial to both parties. It will also help them understand how to monitor and address any issues that might arise due to changes in the shipper’s circumstances. Communicating in advance always saves time, prevents misunderstandings and potential hard feelings between the shipper and their carrier.
A Roadmap to Warehouse Organization and OptimizationNext
Is a Warehouse Management System Right For Your Business? Previous
More from Featured Articles

Protect Your Shipments During the Holidays
More From Carl Hutchinson
Articles 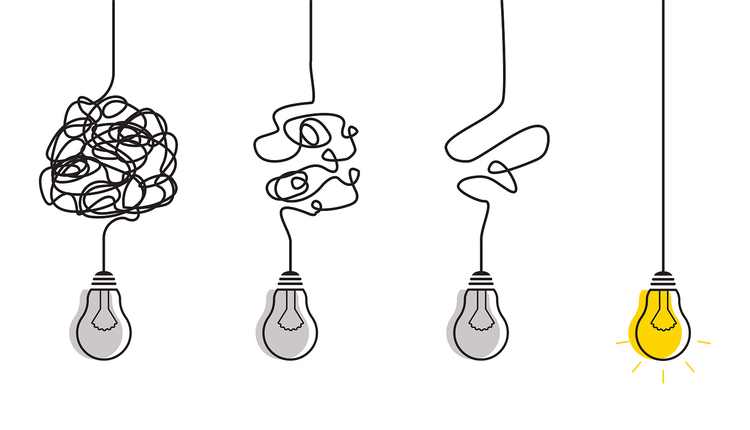 Parcel Carriers Hate Benchmarking… and You Should Too!
Articles