Addressing the World this Holiday Season 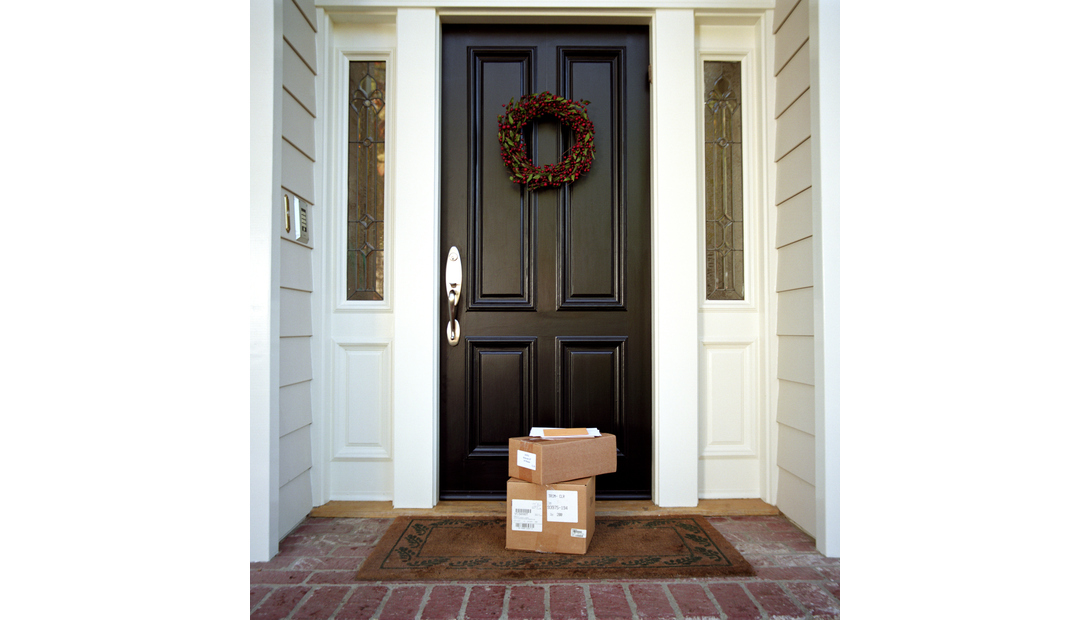 Over the next two months, shippers will see massive increases in the number of parcels they handle. Orchestrating the delivery of parcels around the globe is no easy feat and delivery failures are inevitable.

One of the most fundamental elements of delivery is one of the greatest causes of failure – the address.

I’ve spent over 20 years in global address data management, with a fair amount of time spent on a soapbox at various industry trade shows preaching about the inadequacy of US address formats for storing and processing international addresses. Based on what I see in the shipping and logistics industry, I will not be getting off the soapbox in the near future.

In the US, decades of refinement by the USPS have resulted in well-documented, data driven systems, and a well-trained population of consumers who know their address and ZIP code. This is not true of all parts of the world and inaccurate addresses are often the reason for delivery failures in other nations.

The good news is that developed nations such as the Australia, Canada, France, Germany, and the United Kingdom have sophisticated addressing systems, documented postal addressing standards, and well-trained populations of consumers, who like their US counterparts, know their address. For any of these nations, structuring an address and identifying unnecessary data in an address block is relatively easy because of the wealth of available documentation, data sets, and software programs available. In the vast majority of cases, addresses from these nations should fit nicely into a US styled order form. The only exception might be a suburban or rural UK address due to the high number of unique elements in these types of addresses.

Language can also present a barrier during the eCommerce order process. Very few sites have customized their order forms with native terminology. To illustrate this point consider the following. If an American was asked for their “Ort” or “Postleitzahl”, unless they know German, they are unlikely to realize that they were asked for their City and Postal Code. While many global shoppers will understand the American addressing terms, not all will clearly understand these terms resulting in data being misplaced in the address block.

Another aspect of the language barrier is native characters. Keep in mind that people around the world use native keyboards and type native characters into web pages. Many character sets around the globe use diacritics, which is a lengthy subject unto itself. Briefly described, diacritics are the marks above or below alphabetic letters that give indications about pronunciations. Some examples of letters containing diacritics are é, ŏ, Å, ã, and Ô. If these are improperly handled, they will corrupt and appear as a string of junk in your shipping address. Here’s an example of the corruption of the word Université - UniversitÃ©

For developing nations, addressing standards, or lack thereof, makes address data management an even greater challenge. In developing nations, people often use landmarks when describing their address. For example, in some Latin American nations it is common to see directional phrases like “Circa Igelsia” meaning “near the church.” In India, the directional phrase “Opposite” is frequently abbreviated as “Opp” and is used to describe a location such as “Opp. Patel Market.”

It is important to understand that while these “directional” addresses can be quite lengthy, may appear odd to a non-native, and are not a documented standard of the country’s official postal, these phrases hold great meaning to the delivery person. It is best to maintain these elements in the address block in order to ensure accurate delivery.

If you are delivering globally, it is important to note that most, if not all, of the top eCommerce platforms in the US have designed their international order forms based on a US address structure. More specifically these platforms carry two address lines, a city, state/province, and ZIP/Postal Code field. A limited number of platforms have a third address line.

The length of the address lines is often problematic in these platforms. In some cases, the address lines are only 35 characters but some vendors do offer 75 characters. While this may be adequate in a number of developed countries, it is not perfect. For example, a British address can occupy up to six address lines forcing the customer to roll-up and combine address elements and possibly exceed the character limit per line.

In developing nations where the consumer wants to put in the “directional” antecedent information such as “Opp. Mohari Mansion”, they have to shoehorn it in wherever they can which may or may not be where is should appear in the address block.

The Indian address below illustrates field length problems that would be encoutnered at the order entry point. This address was tested in four of the major eCommerce platforms and could not be completely entered into the address block without rearranging the elements. Imagine the frustration of an Indian consumer who it trying to buy online from a US web site. 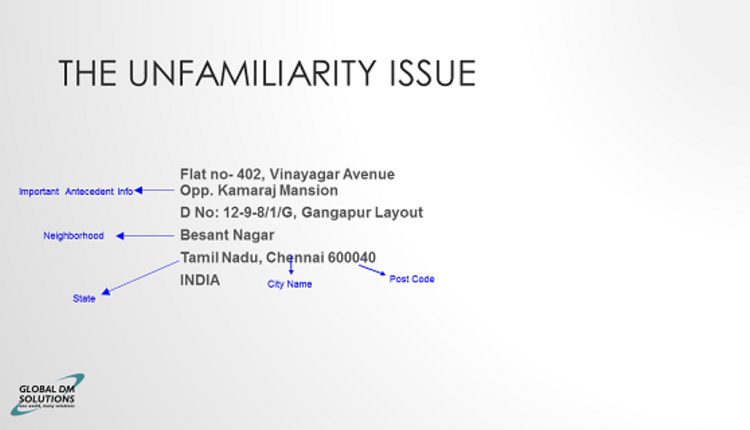 As the flurry of parcels start to enter your facilities and the inevitable undeliverables come back, start your investigation at the beginning of the process, not the end of the process. Look at the address first and ask yourself the following questions.

· Is this a developed or developing nation?

· Does the address have all the elements required in that nation?

· Could the apartment number be missing?

· If it is a developed nation, visit the postal administration site to see if they have an address look-up function and test the address

· If it is a developing nation, does address line 1 have numbers in it? It probably should.

· Are both the city and province present? For example, Mexico is a country, city, and state. In Mexico, the colonia (sub-city district) is key to delivery and functions like a city from an addressing point of view.

Finally, learn from these mistakes. Try to build a list of the most problematic countries or data sources so that you can attack the problem at your greatest pain point. Wait until the holiday season is over and then design a strategic plan to address delivery issues through addressing education.

Tips for Holiday Parcel Shipping Next 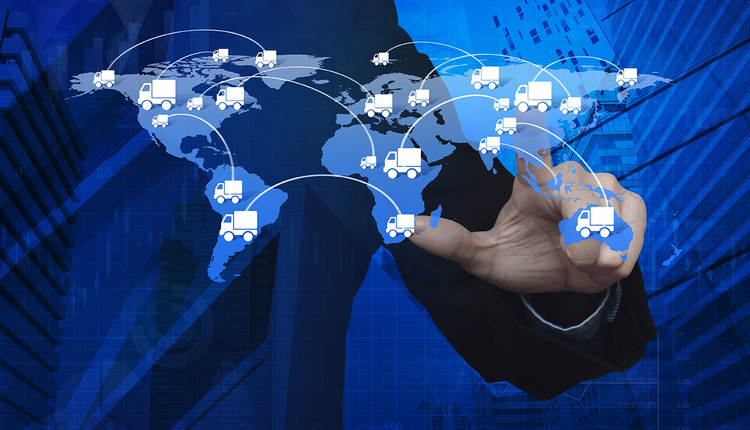