Breaking Up the Parcel Duopoly with Blockchain

Online shoppers receive their orders via UPS, FedEx, and the USPS every day. E-commerce is growing exponentially, and for UPS and FedEx, it is representing a larger percentage of deliveries.

For over a decade, I have made a living running an e-commerce retailer surviving on razor thin margins. There is an abundance of options for payment processors, web platforms, and warehouses to lease, but amazingly, only two (or three, if your packages are a good fit for the USPS) options for shipping parcels.

Why Is There a Duopoly in Parcel Delivery?

The barriers to entry for parcel delivery are high. Amazon is entering, but it will never build a network that delivers down every rural dirt road in America, and we’ll set drones aside for now. The fixed assets are a major hurdle, but can be accumulated over time. This accumulation is happening in regional carriers such as LaserShip and OnTrac, who continue to build their fleets.

On the software side, the barrier is the gathering of all event data. Data at every step, from pickup to delivery, geographic locations, and timestamps all collected into one standardized database. Today, this full tracking visibility is only accomplished with a wholly owned network. It requires fully integrated scanning devices and trained employees to input the data. FedEx, UPS, and the USPS are the main entities large enough to build nationwide networks that have these data capabilities.

How Could You Build an Entire Delivery Network?

If you are not familiar with the term blockchain, the best way I can describe it is as a universally shared ledger to which anyone can read and write. The genius is the cryptographic protocol to constantly validate updates, essentially getting many audits of the ledger from many sources. Blockchain thus eliminates the need for trusted intermediaries, such as a large nationwide parcel delivery network owner.

How Would This Network Look?

With a public blockchain registry of packages needing delivery for all to view, a small delivery company could pick up packages originating from their local area. Once the package reaches the edge of their territory, it is transferred to the next regional carrier at a public “exchange” point, with each move meticulously recorded using blockchain for the recipient to track in real-time. This requires many pieces to fall in place, including getting buy-in from enough carriers to form a substantial nationwide network, and enough exchange points to facilitate transfers. Equipment that can scan the package and update the blockchain is needed as well, but substantially less capital expenditure by one party is required versus building an entire package tracking network yourself.

How this national ledger of package movements could spawn and grow is unclear. Maybe the postal service will mandate its creation and provide the standardization, much like ZIP Codes were created in 1963. Perhaps an entity will facilitate a locker system and transfer points, such as what Singapore’s government has done.

Can I Really Trust Handing Over My Package to Such a Network?

One way to comfort shippers could be having the carriers who take possession of your package also transfer crypto-currency to you (like bitcoins), essentially a deposit, and then receive those coins back plus a fee once the package is checked into the next stage of the journey. In essence, they would be buying the item and selling back to you with every hand-off. This would also eliminate the hassle to file a claim with a shipping carrier due to non-delivery.

The shipper would control the path of their package using computational logic. You could denote that no carrier with poor ratings can handle your package, or you are willing to let anyone move the package for the lowest price.

Companies are dedicating resources to blockchain and are exploring ways to profit. For consumers, the value in blockchain is lowering the barriers of entry to a number of industries such as parcel delivery. When the barriers are lowered, competition rises and prices to consumers are pushed lower. I’m excited for the emerging uses of blockchain, and shopping online will only get better thanks to it.

Just Say “Know:” Eight Important Compliance Contacts Every International E-Tailer Should Have Next

Following the 2020 Holiday Season, Reducing Failed Deliveries Will Be a Top Priority 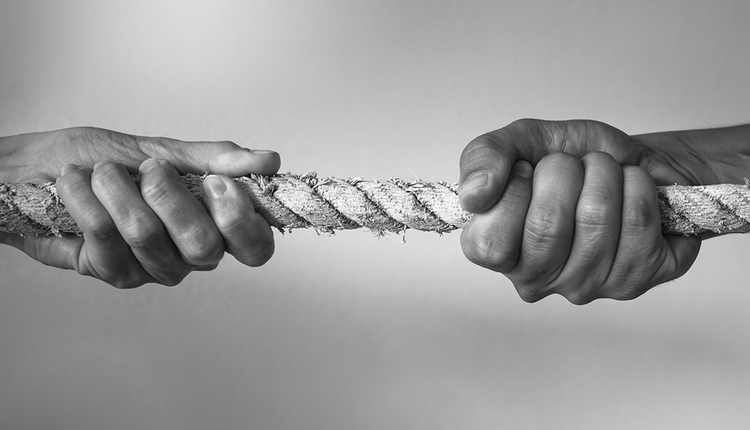 David vs. Goliath: How to Keep Loyal Customers, Even if You’re not an Industry Giant