The Changing Relationship Between Carriers & Shippers

There’s a lot going on recently in the parcel industry — and a lot of it isn’t good news for shippers. Oh, sure, the economy seems to be rebounding (slightly), but there are some undercurrents that should give parcel shippers pause.

One of the biggest topics of water cooler talk these days is the fact that UPS and FedEx are saying that they will no longer conduct carrier contract negotiations with third-party negotiators (3PNs), and shippers aren’t happy about that fact. The duopoly alluded to this change at last year’s PARCEL Forum, during the question and answer session of the carrier roundtable. No yes or no answer was given, of course, but the representatives of the Big Two didn’t exactly deny the assertion that eventually, they would be conducting negotiations solely with shippers themselves — no third party allowed.

“It’s ridiculous,” says one executive, who prefers to remain anonymous, from a leading enterprise and supply chain consulting services firm (we’ll call him Steve for the purposes of this article). “Even the IRS allows you to bring a CPA to the audit. What other vendor comes to you and says you can’t have a lawyer look over your contract? It’s the same principle. If shippers want to preserve their right to engage subject matter experts, they’re going to have to take a stand.”

Steve believes that with the exit of DHL from the domestic marketplace, the two remaining major carriers acquired more leverage. Before, the existence of DHL created a more competitive atmosphere and the carriers were on equal footing, trying to attract shippers, but now, shippers basically have two options — and those two options know it. The duopoly appears to be reverting to the days when they didn’t compete so much on price, which can spell bad news for shippers.
“The carriers are trying to shift the relationship,” he explains. “And that’s not a good thing for the small shippers, since they don’t have a lot of leverage. We were hoping, and continue to hope, that the USPS can take on more of a role in the package delivery sector, but they’re not quite there yet.”

Some may be asking, “Well, what’s the big deal if 3PNs are not allowed? Can’t shippers just negotiate their contracts themselves?” Well, of course, but shippers often don’t know what to look for. Steve gives the examples of terms and conditions; everyone knows you need to negotiate them, but how you negotiate them is a different story. “For 3PNs, contract negotiation is their core competency,” he states. “Not many shippers are able to say that is a core competency of theirs, and so they often are at the mercy of the carriers.” The carriers are trying to put shippers in a position where they can’t seek assistance regarding contracts or agreements; they are basically trying to say, “Here are my numbers—rely on them.”

“If you count all of the variations and permutations, there are now over 90 accessorials and surcharges,” he sighs. “How are shippers supposed to be able to navigate the confusion when it’s clearly not their expertise?”

And the negotiations themselves are just a small part of what consultants can offer. “If it were simply a matter of negotiations, then I think the carriers’ position might make some sense,” Steve explains. “However, the experience, cost-driver identification, in depth analytics, etc. that consultants can provide shippers is, in my mind, irreplaceable.”

What’s caused this shift in carrier/shipper relationships, besides the exit of DHL? Steve posits that it’s because the carriers know that negotiations conducted by third parties is incredibly successful at lowering shippers’ costs—and therefore the carriers’ profit margins. He believes that the carriers are using new terms, conditions and agreements never seen before in contracts, and they are definitely not in the shippers’ interests.

One 3PN professional, who wishes to remain anonymous, agrees with this assessment. “The results speak for themselves,” he opines. “And it’s so ironic, because FedEx and UPS themselves use third-party providers to enhance or fine tune areas of their businesses that are not their core competency. They outsource claims and damages, for example. Why are they allowed to turn to a third party for expertise, but they don’t allow shippers to do the same thing?”

UPS and FedEx, of course, see it differently. A spokesperson from FedEx explains that the company prefers not to negotiate directly with 3PNs for a number of reasons. Security to the shipper on details of the contract is a major one (for example, if the 3PN would disclose the details of a shipper’s contract to another shipper that the 3PN might also represent, it might compromise a competitive advantage of the first shipper). FedEx did go on to say that they also wouldn’t have a major problem with a consultant looking at a proposed contract for the shipper, as long as the consultant was willing to sign a non-discloser agreement. That being said, they do admit they would prefer not to negotiate directly with 3PNs.
A spokeswoman for UPS is much more succinct. When asked if UPS will not, or would simply “prefer” not to, negotiate with 3PNs, she responded, “We prefer to negotiate directly with our customers and communicate that preference to our customers.”

So, as of right now, it appears that the only thing shippers can do is stick to their guns. We spoke to another anonymous 3PN consultant, and he relayed a story of one of his clients who basically said, “Who are you to tell me who I can and can’t do business with?” This client was insistent that his 3PN be a part of the negotiation process, or he was taking his business elsewhere. He was a large enough shipper that the carrier quickly gave into his demands, agreeing to let the 3PN in on the negotiations. Of course, Steve points out, this is a problem for those small shippers who do not have the leverage that big shippers do.

Let us know what you think; will this change in relationships affect you?

FedEx & UPS Policies Regarding Third Party Consultants: The Facts Next
Standard Mail Prices for Parcels to Increase 23%? Previous
More from The Experts

Is it Time for Technology Manufacturers to Take More Risks?
Not All Shipments Require Boxes
The 2012 Rate Increase May Have Been the Least of Your Worries
More From Amanda Armendariz
Articles

Video: How Can Shippers Prepare Their Global Supply Chains for 2020?
Articles 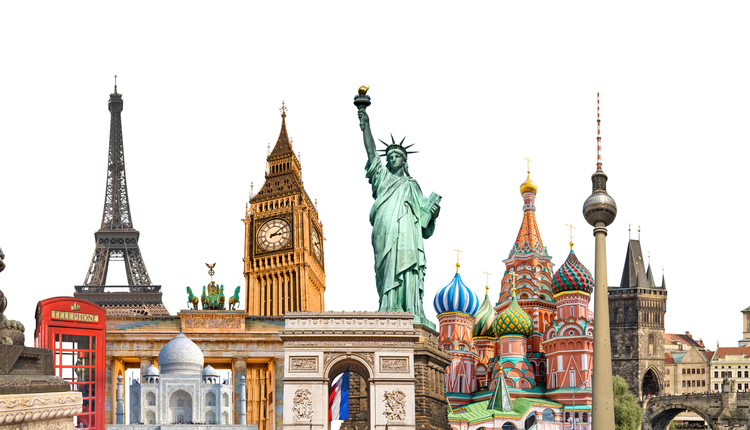